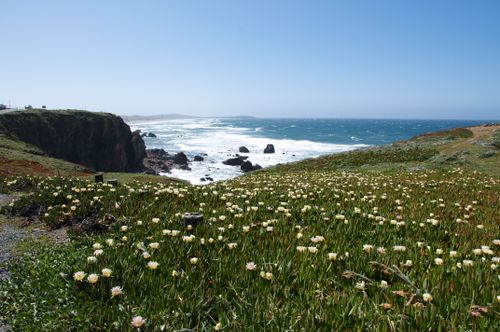 We took a short Spring break to the remote part of the Northern California coast for a few days. The wild flowers were bursting as we snaked up the Pacific Coast Highway. We drove through brilliant stretches of open land with smooth green hills dotted with dairy cows; around steep, craggy cliffs overlooking a formidable, white-capped sea; through tiny towns with old, lonesome general stores. We even braved the occasional car-sick eruption to get to Anchor Bay, our final destination. 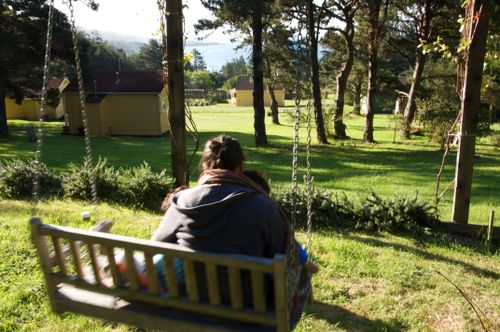 Once we were at Mar Vista, and made our way to the little cottage, everything became still. The kids seemed to be taken aback by the combination of bright sunlight, hills of grass, the ocean and the Redwoods all within a few hundred yards of each other. They didn't know which way to turn and run first. 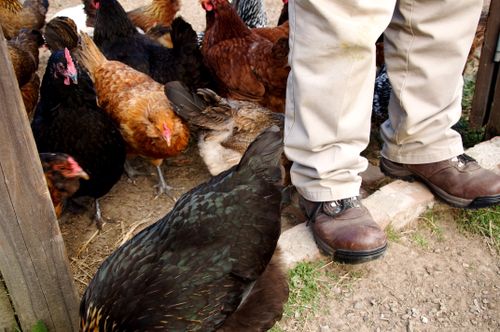 There were chickens living the good life, roaming, pecking, rolling in the dust, getting petted by tiny, timid hands. 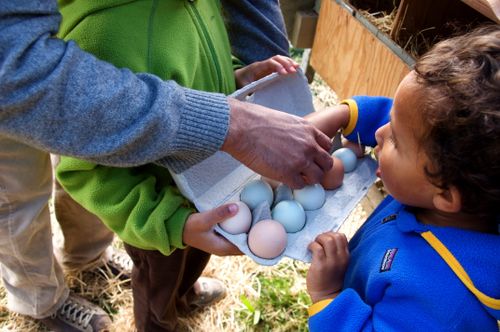 There were eggs to be gathered at the end of the day. Each day a different spectrum of colors from brown to cream, blue to blue-green, even pale pink. Nico was especially gentle. 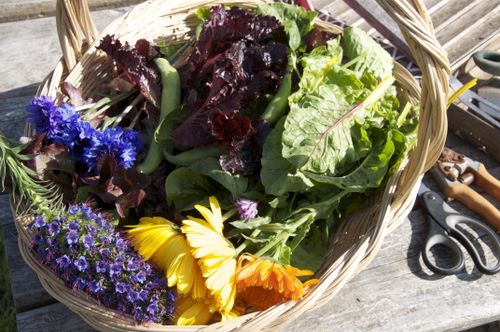 There was a garden overflowing with lettuces, herbs, flowers, tomatoes, beans, strawberries. I didn't think there was a lettuce out there I had not yet eaten. I was wrong. 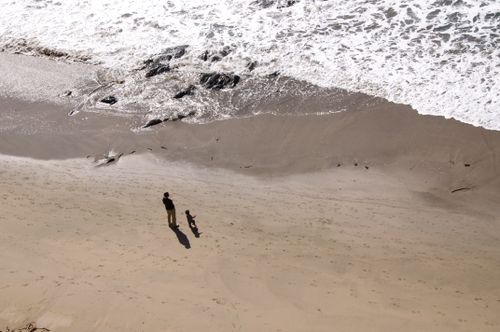 There was a beach across the street. Although one could hardly call it just a beach. 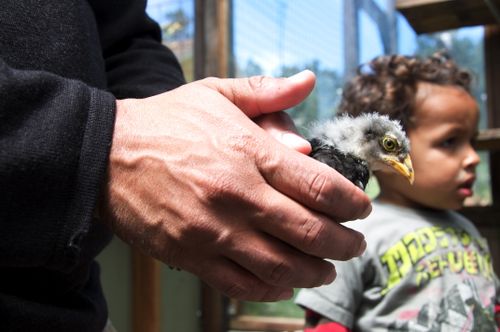 There were baby wings. 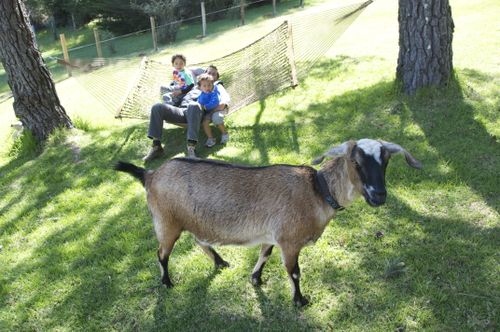 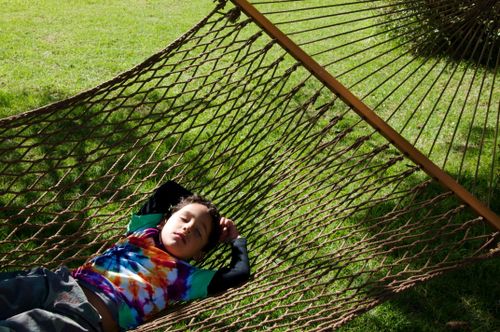 Moments of release from the rigors of young-boyhood. 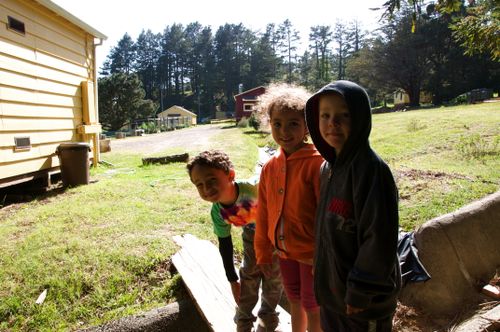 There were new friendships to be made, it seemed by fate. 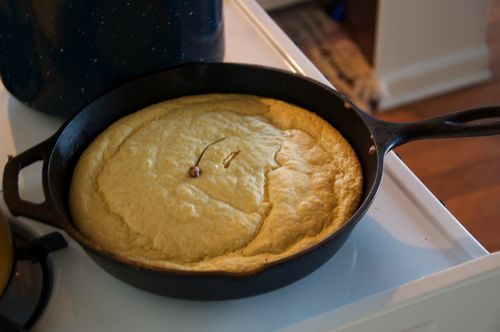 To have been able to live the dream of saying to my children, "Go outside and play!" while I cooked. 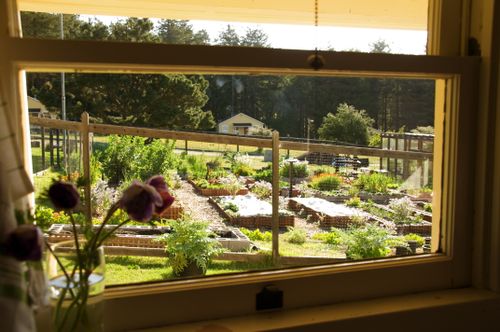 To have been able to look at this from my kitchen window. 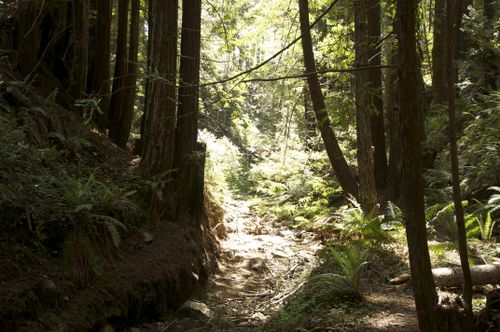 And to have been cradled and lulled by the soaring Redwoods. How lucky we were to have lived like this for a few days.