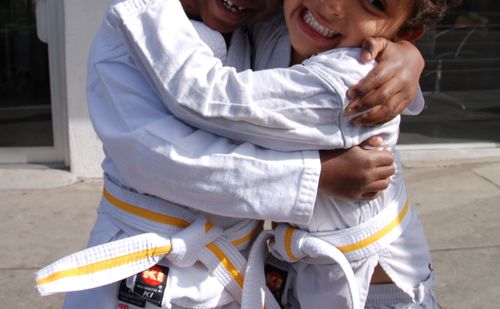 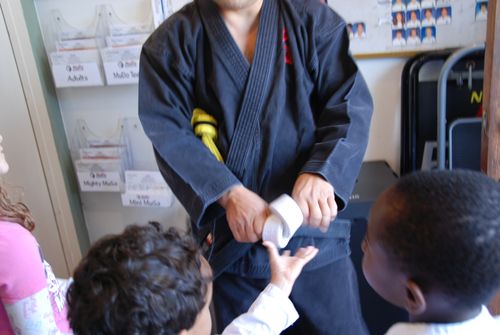 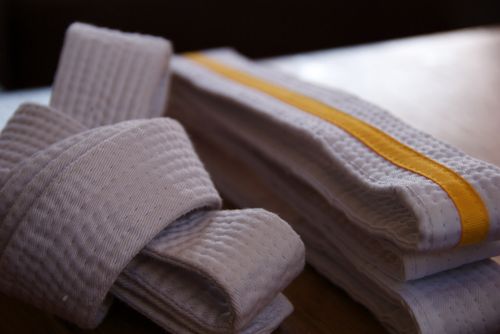 Hold the phone, we now have a certified yellow stripe belt in our house. Six months after starting with the plain ol’ solid white belt, Mateo and his friend William were deemed ready to “test” up to the next level. I love how children this age have no concept of performance anxiety. They each had to stand up in front of dozens of people and pull out their best moves. It should go without saying that I was seriously nervous for him. But he did a great job, and a few days later when we looked to see if he and his friend passed, Mateo was actually excited and extremely proud of himself, especially after Mr. Yi “retired” his old belt by tying it into a ceremonial knot. Maybe this Karate thing means more to him than I realized.