Valentine’s Day is not so important to 8-year-old boys. Or at least it can’t appear that way. After spending a good amount of time thinking about what type of card and how he wanted to decorate it, repeating that 25 times, wrapping them up and taking them to school, Mateo decided not hand a single one of them out. Apparently none of the boys in his class did. I suppose that’s the way it will be until…they have someone special to do it for. Can’t even think about that. 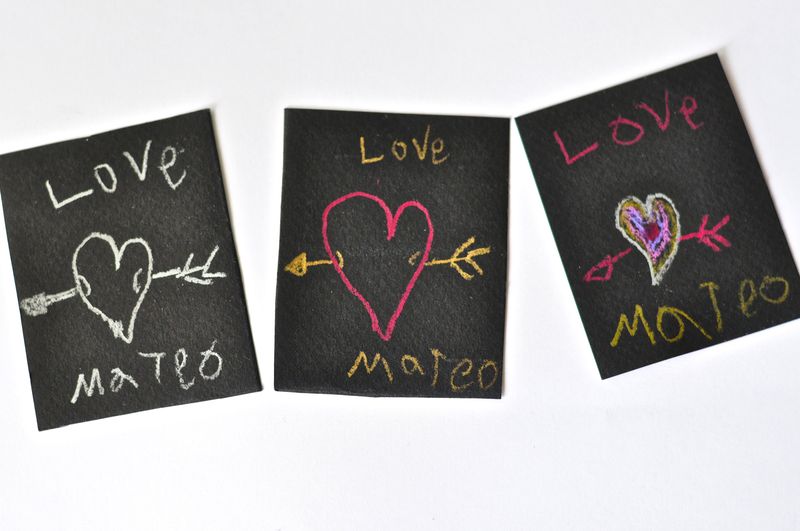 He did seem a little touched by my small hand-stitched hearts. Everyone got one with a tiny message inside. Best part–they took less then 10 minutes to make. 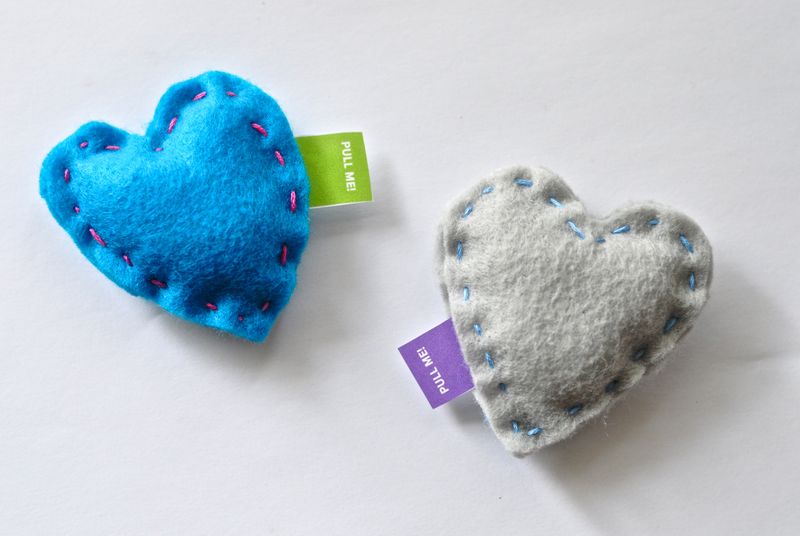 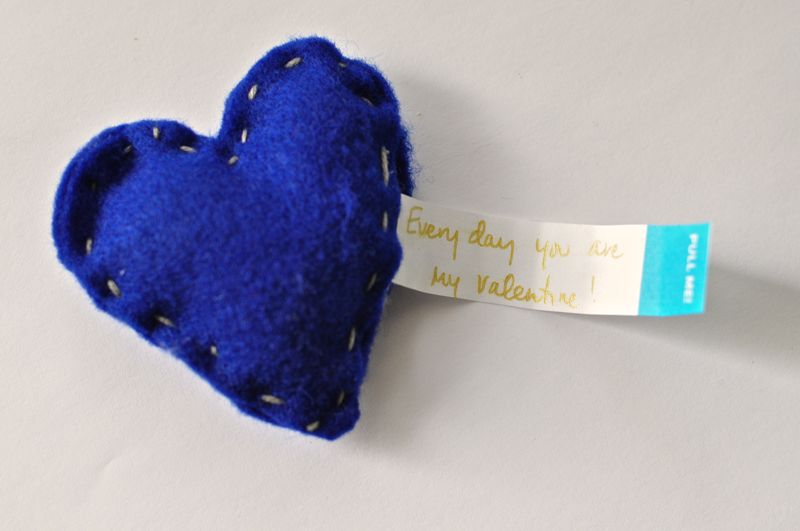 Equally and surprisingly simple to make were some churros with dark chocolate ganache for my adult-sized boy Valentine. Maybe too dangerously simple. Breakfast tomorrow? 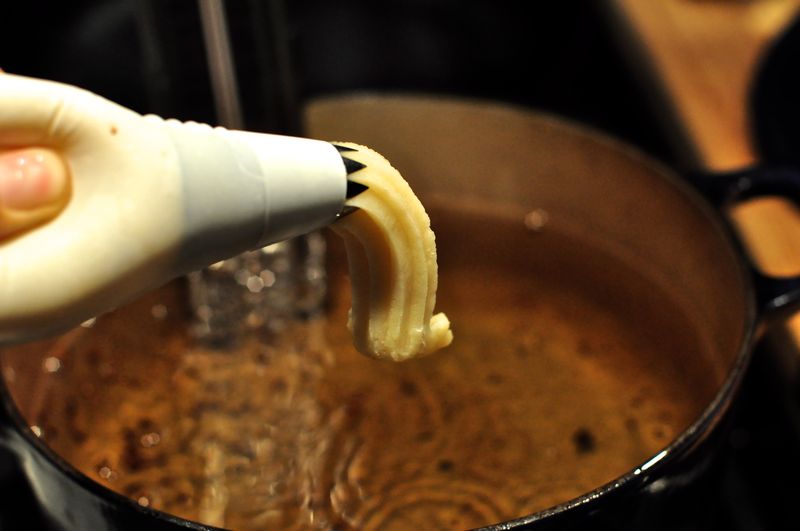 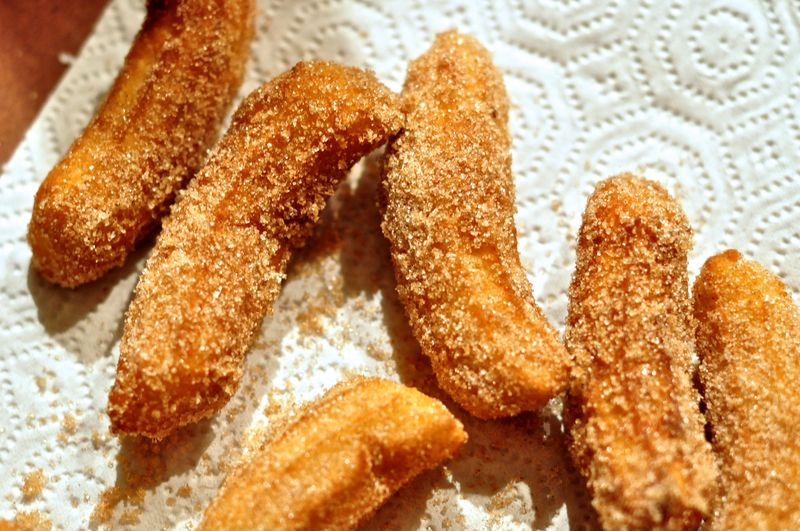 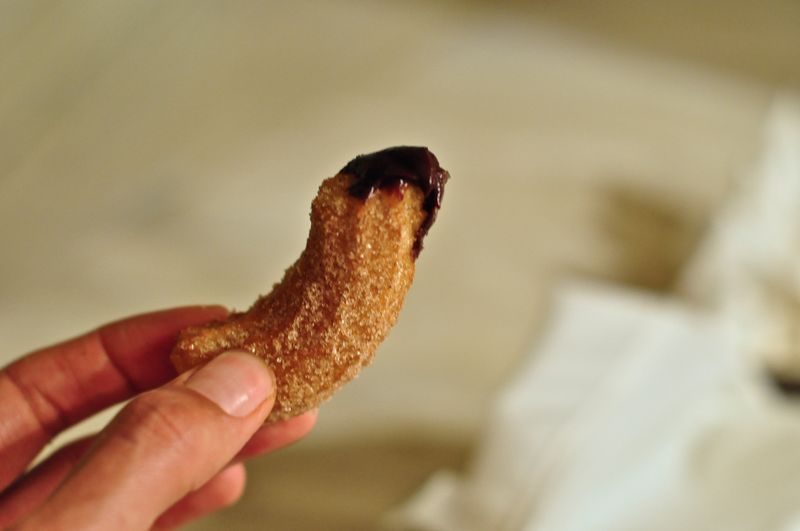 In a small saucepan over medium heat, combine water, sugar, salt, and butter. Bring to a boil and remove from heat. Immediately stir in flour and mix until it forms a ball.

For dipping sauce, melt the chocolate over a double boiler and add the cream.  Stir to combine.  For a thinner sauce, add more cream.