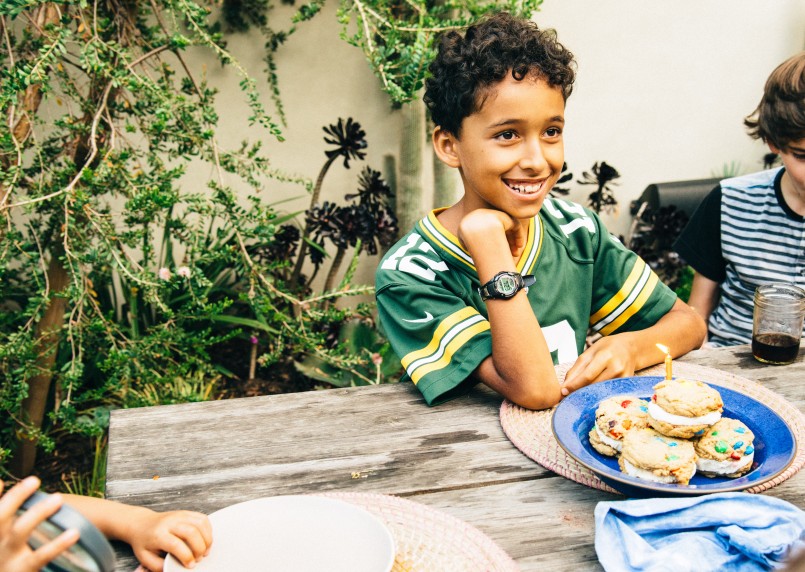 This boy, my first baby, is now 11. He’s firmly fixed on the path to tween-dom, too old to be a child, but not yet grown enough to be a teenager. A pretty serious time of life transition, I do believe. It’s the beginnings of looking outward but yet still needing the warmth and comfort of home. I can still feel his body, as lanky as it is, soften when we embrace. He still wants to get into my bed and snuggle on Saturday mornings. When we look into each other’s eyes and say I Love You, his eyes are still full with sincerity. Now, he still has a hard time keeping his stuff together, he’s pretty messy, I often have to ask him more than a few times to do something. And he sometimes lets his 3-year-old baby brother rile him up. But…that heart. So full of kindness and gentleness, lightness and fun. He’s having a love affair with football that I just can’t understand, but that’s ok. He’s got his own (fledgling) music collection. He calls things he really likes “beast,” as in “That’s so beast!” I tell him we use to say “that’s so choice,” or, “that’s so boss,” and he thinks it’s so funny. He didn’t want a cake for his birthday. He wanted ice cream sandwiches, which I thought was a pretty beast idea. Then he and his friends proceeded to stay up a little past midnight in a tent in our backyard playing truth or dare, a flashlight beam bouncing off the walls as they giggled. What a joy it is to be able to witness it all.