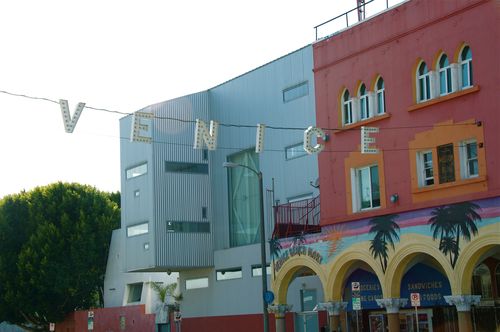 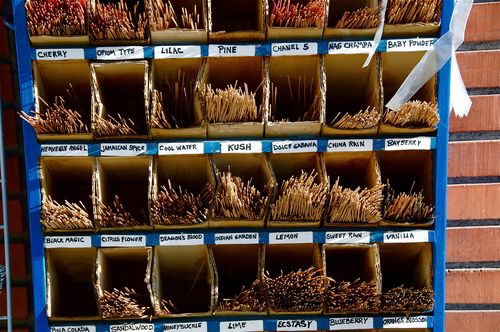 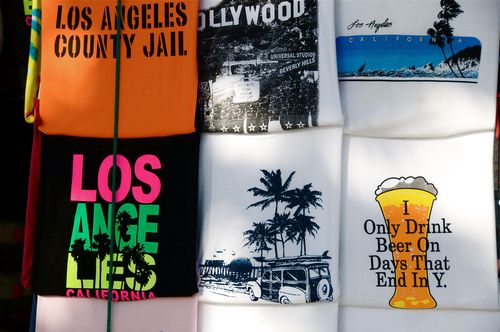 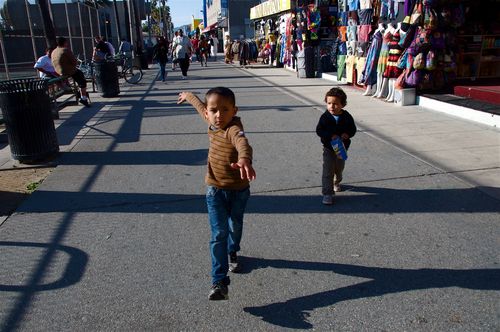 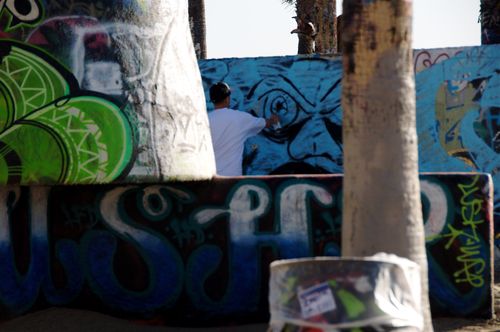 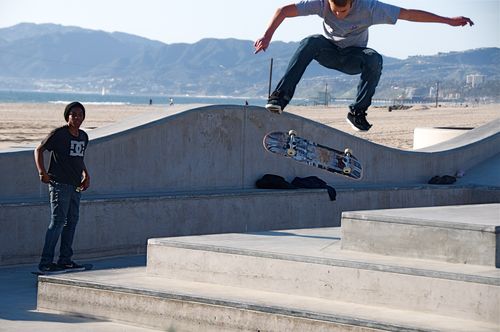 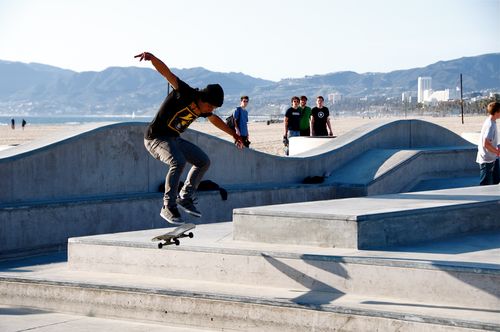 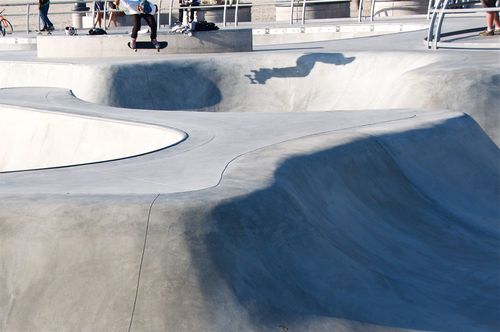 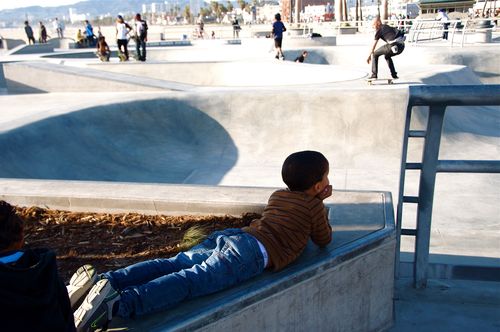 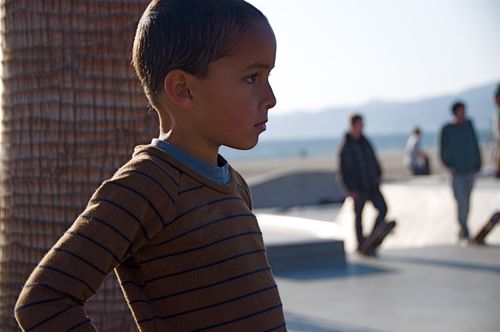 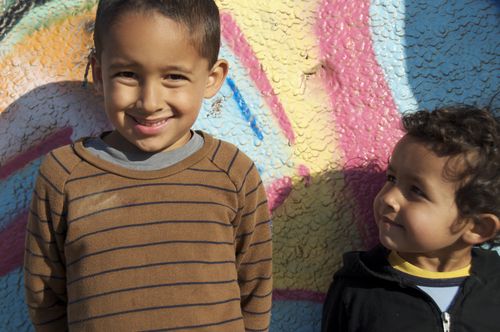 We took a little after-school trip the other day to the boardwalk in Venice, which is always an education of sorts in and of itself. It's got to be one of the quirkiest places on Earth. If it's essence were defined in a person, they would be stylishly tattered, their skin soaked with tattoos, piercings in most orifices, and the smell of "black magic" incense in their greying long hair. They would be gliding down the boardwalk in rollerskates playing old Doors songs on a worn-down guitar. They would stop and laugh at the guy walking barefoot across a mound of broken glass, buy a leather Africa medallion, then get stoned with his other counterculture friends before the sun goes down.

Why take my children to a place like that? Because it is brimming with life in all its peculiarities. There is every type of person under the sun, young and old, and because in many ways it is the concentrated version of the city we live in.

On top of that there is a very cool new skate park there that opened recently. And if there's one thing Mateo loves to be a spectator of, it's skateboarding. At least for now.